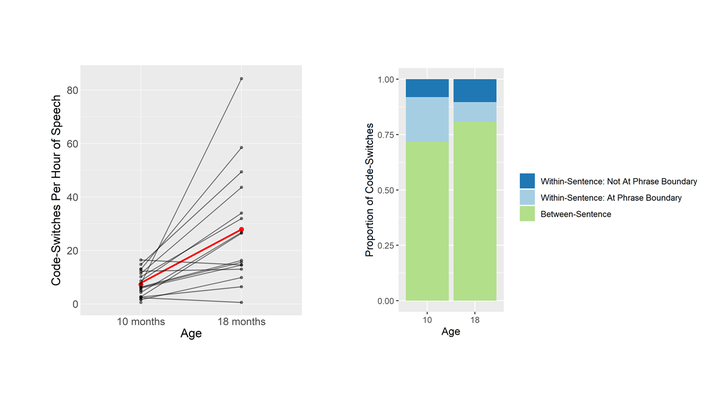 The number of infant-directed code-switches produced per hour by each family at each age. The red line shows the change in average frequency across ages (left). The proportion of parents’ code-switches at different syntactic locations across ages (right).